While the level cap will stay at 100, there is a new kind of level known as ‘Peak Levels’.

To unlock them you’ll have to complete the quest ‘Crossing the Mountain Path’ from Leya Peak in the Hall of the Eye of Wisdom in Varanas. Once you’ve unlocked it, 1/100th of the experience points (XP) that you collect will be applied to your new Peak Level.

Peak values are linked to bonus buffs for movement speed, gold and drop rate as well as attribute increases for your character.

As in every new zone, there are powerful items that you can equip your character with. You can get new pieces of equipment from merchants, quests, by crafting and of course, in the New Pantheon.

When you achieve a Peak Level, you will see a matching Effect appear in your Effects Bar.

The new Peak Hunting System has been added.

When your Primary and Secondary classes are both at the level cap of 100 you will receive a message directing you to speak with Leya Peak in the Hall of the Eye of Wisdom in Varanas. Thus starts [100] Crossing the Mountain Path. You must complete this quest before you will start earning XP towards your Peak Level. There is a way to collect the three items you need without fighting these three Bosses. See Peak Hunting System for information. 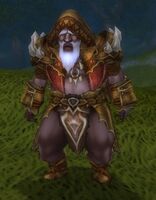 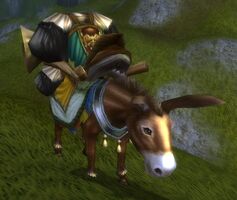 All Peak Hunt missions are the same; Kill the Target in Zone (NORMAL difficulty) then report back to Mystery Hermit to earn 3 (or 13)

Stardust in the Currency Wallet. Now you know as much as we do.