Features:
The guild has a voice chat called GSC [1]
to join it register and download the GSC client, then press the voice tab (once GSC is up and running)
then add voice then by searching, search for Olympus "made by GodofLightning"
Website: http://olympusrom.guildportal.com [2]

Requirements for joining
1) No age limit, just be mature
2) be able to help and commit yourself to the guild
3) Speak english

Rules
1) Be mature
2) Don't bug people when they're busy
3) No scamming or asking for money without repaying (if asked to repay)
4) Do not ban someone who is innocent, if your not sure speak to Poseidon, Maxwellsmart or the Officers about it
5) Be nice to people, no bullying or bad mouthing to any other people will NOT be tolerated!
6) To respect each other
7) If you are inactive for whatever reason (Holidays,work) tell us so we don't kick you for inactivity
8)Please behave in world chat, zone or any other source of contact with others (we want a good reputation)
9) We have a zero tolerance for racism, religion, gender or anything else that may offend someone
10) Other than those rules Have Fun!

To Join:Whisper Anyone of the Officers above or whisper Poseidon or Maxwellsmart

History of the Leader:
Poseidon the guildleader has played Runes of Magic for over a year, in fact he started playing it in open beta when
it was first officially released on the European server, he then played for awhile until level 30 on the server Smacht (PvP).
Poseidon then moved to the US server because the lack of English speaking people in the EU server, he reached level 60 on Artemis
then started his own guild with guild castle, previously when he was level 20-40 he had lead another guild as well with a guild
castle too. He is now moved to Thalia (PvE) Australian server and is currently leading a guild called "Olympus"

What we do
The reason why Poseidon has been a geat leader many times over is because of his leadership skills, he uses the quotes
"Leadership is not Dictatorship" and "Ranks are nothing, everyone is important!" and sticks to those quotes now.
Our job as a guild is to help out the Runes of Magic community and help our guild out like it was a family, we also
have the skilled ability to muck around and have fun! We have a guild castle and we plan to add equipment for crafters
and whatnot, our guild castle will be our home, our fun and our pride. We will do seiges daily and run the odd instance for Epic drops or stats. 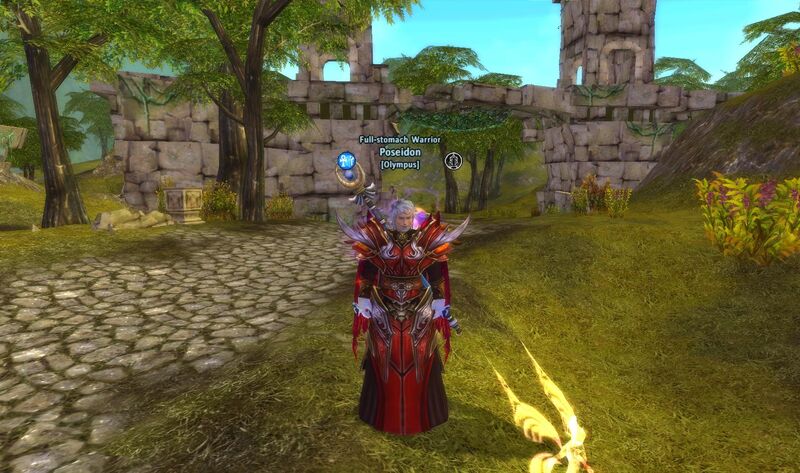 Written and Edited by Poseidon