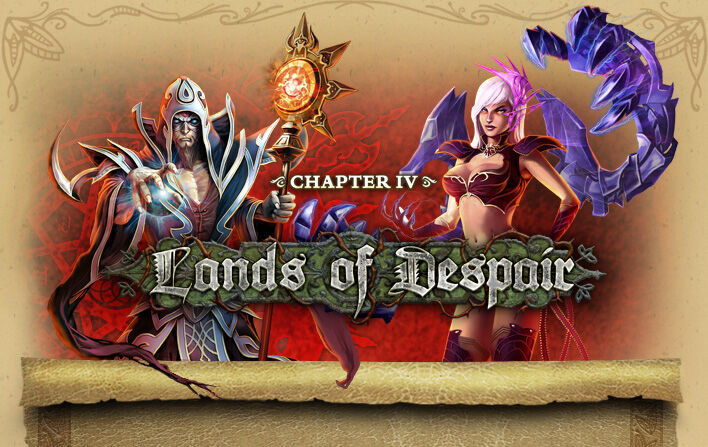 The mysterious Demon Sismond has unleashed a terrible epidemic upon the land, turning entire villages into soulless zombies. And the dreaded Annelia, daughter of Lord Grafu, has become his apprentice to hone her evil skills.

Once your character has reached level 20 with both primary and secondary classes, you will receive a message indicating that a third class is available.

Then you must seek out the NPC Johnny Dutin and prove to him that you are ready to learn a third class.

After completing the quest he gives you, you will be able to choose your third class. This is done as usual, by simply speaking to the relevant Class Instructor in the Class Hall of Varanas.

The newly selected third class will then be available in the interface for primary/secondary class change as a drop-down menu option. You will also learn a new transport skill, enabling you to explore a new area, the Coast of Opportunity.

Coast of Opportunity (Levels 1–42)
Explore new areas with your new third class – your journey begins at the Coast of Opportunity. In the past, brave adventurers set out on a mission to explore the world. When their ships landed, they discovered a hidden beach.

This harbour became a transportation hub for travellers and cargo, an ideal centre for trade and a starting point for interesting adventures. The Coast of Opportunity is a place for experienced players to take on new challenges with their third class.

Xaviera (Levels 43–50)
Hidden away, Xaviera is separated from the Coast of Opportunity by a gloomy forest full of undead sentries and other sinister creatures.

Small villages are scattered about, forcing their way into the stark natural landscape. In the region’s largest village, Static Lathrofea, you hear about Robest, an allegedly paradisiacal place.

There are reports of beautiful women there. Bountiful feasts of the finest delicacies. Artists, potions, magical pets, and legendary weapons at rock-bottom prices. Too good to be true? Now’s the time to find out.

One of the many fortifications here is Grafu Castle. Because his daughter, Annelia, suffered from a congenital heart condition, Lord Grafu felt obligated to do everything in his power to improve her quality of life. So he invited regional artists to bring entertainment and dance to the castle. But the joy they inspired was fleeting.

Annelia could only be healed through a pact with the mysterious Demon Sismond. But Lord Grafu had to pay the price ...

Redhill Mountains (Levels 66–67)
To the south-west of the Land of Malevolence lie the Redhill Mountains, a landscape which features a warm climate and lush vegetation. Two forgotten, nearly unknown races, the Dwarves and the Rhinos, make their home in this magnificent environment.

Between their kingdoms lies a great battlefield – with enormous war machines on both sides, they have been engaged in a bitter struggle for years. Their cities are vigilantly guarded and massive gates bar the way for intruders.

Take care not to get caught in the line of fire!

Instance: Grafu Castle (Level 67) (6 / 12 Players)
One of the new instances is Lord Grafu’s castle in the Land of Malevolence. Those who embark on this adventure will have to fight their way to the heart of the castle, facing a variety of creatures along the way.

You’ll be up against no less than five powerful bosses in this instance. Behind every door await hidden dangers, the likes of which have never been seen. Within these walls, artists and clowns intended for entertainment become dangerous opponents.

Team up with eleven fellow adventurers for this perilous mission and you will even encounter Lord Grafu and his daughter, Annelia the Puppet Master. For the peace and stability of the region, purge the castle of the evil that lurks there and return as a hero.

In the hidden catacombs of the castle, he conducts secret experimentations with the aim of raising an undead army.

Battle through the three floors of the crypt and eradicate Sismond’s most dangerous creations.

Among other terrors, expect to face the head of the castle guard, mighty skeleton warriors, and vicious housemaids ...

A new public encounter awaits you in the Land of Malevolence. An old lakeside cemetery, which was once dedicated to honorable warriors, has become overrun by zombies.

Wave after wave of the undead swarm the graveyard. Defeat them and ensure that the heroes’ rest is not disturbed. If you manage to ward off all attacks, you’ll receive a special reward.

With Chapter IV, we are opening the gates to the “World Battlefields”, which can be accessed through a portal in Silverspring or at Dust Devil Canyon. Enter the battlefield and stand beside your comrades-in-arms.

The Bolinthya Rift presents the first challenge for you and your party. Form a strong alliance and venture through treacherous terrain. Conquer the initial opponents and take on more quests as you go to receive more points. As you approach the finish line, the deciding final battle looms ever closer. Defeat the bosses and destroy the enemy’s stronghold to secure the Bolinthya Rift.

If you prevail, you will receive a high number of points, which can be exchanged for epic items and equipment.

Are you strong enough? With the release of Chapter IV, we are raising the level cap yet again. Take your character to the new extreme: level 67! You will be able to master even better weapons and wear superior armour. Your stats and skills will be off the charts – and your hero ready for the adventures that lie ahead.

This page refers to content introduced in the expansion, Chapter IV: Lands of Despair.

The Land of Malevolence is teetering on the edge of chaos. The Demon Sismond has contaminated the land, making the inhabitants into zombies which he can use to bolster his undead army. All the while, Dwarves, Rhinos and ruling families are waging war in the Redhill Mountains and Tergothen Bay.

Help bring an end to the suffering.

This category has the following 3 subcategories, out of 3 total.

Pages in category "Lands of Despair"